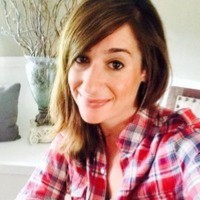 Selling products in a world of options has its challenges. However, if you have the right tools and a strategic plan in place, you can accelerate those sales—no joke!

He’s an expert about everything Amazon — Amazon stores, e-commerce — and he’s going to be the meat of our advanced sessions: Paul Baron.

Wanting more tips and advice to grow your business? Come to Conversations 2019!

What will you be discussing at Conversations 2019?

Paul Baron: The title of my talk is Ranking a Product in Two Weeks on Amazon. We use a system that we developed, so that’s what I’m going to share. Not only are you going to get actionable information, but you get the general overview of what you’re going to see, and also very actionable info as to how you can potentially implement this for your clients or your businesses or whatever.

Can we sell branded products and rank them?

PB: Yes. You’ll have to define if you’re selling your brand or are you talking big names like Coca Cola or Dewalt.

So, how did you get started in the world of marketing?

PB: When I was five years old, I sold drawings at grocery stores. I would find grandmas — that was my target market because I knew that they would buy my drawings.

I would hand the grandma the drawing and then say, “Hey, do you want this?” And they would say, “Yes.” And then I would say, “Well, that will be 10 cents.” I follow up with how much it cost at the end. So that was a starter. Fast forward, I’ve kind of always had this innate sense of marketing and what makes people tick. I’m kind of a student of people. I love to understand why people do what they do.

And that really bleeds through into marketing really well, because why people make buying decisions is intrinsic to psychology and what makes people tick. So, I love marketing and sales. To me, they really blend. You know, selling something in my head is providing a service that solves a problem that people have. I’m not about selling garbage. You know, honesty and integrity are huge with me.

I like helping people, so fast forward to when I was 18-ish. Plans for college sort of didn’t work out. I never finished my degree, and I was kind of wandering around lost, as you do. People have experienced that. I met a guy who ran a marketing agency here, and he took me under his wing and showed me the ropes.

His name was Phil, so I don’t know if Phil knows how much he impacted my life, but from there on out, I just knew, I had a knack for marketing. I knew that I could help people with one degree or another, so that was, I don’t know when I was 18 or so. Fast forward another four or five years, and I decided I had a knack for design, so why not start a web design company? I had no idea how that worked at all. None.

We were selling websites for $100 a page back like 10 or 15 years ago, something like that, because of that made sense, right?

So, they quickly discovered that, and they found out that I had a knack for partnerships and networking and marketing, and they moved me over to be a salesperson, and then from there a year later, I became the director of channel sales. And while I was at that firm, I was employee number 12, a lot of the partnerships that I set up kind of catapulted the company to go from that number 12 to about 115 employees in the first year or two.

I learned a lot about marketing there but got fired from my job. I was trying to figure myself out, but during all this time, I had built up all this skill set of marketing and sales and stuff, and one thing led to another, and I ended up starting my own web development firm, again. This time I actually knew what I was doing.

A year later, I stumbled into a course that taught me how to sell products on Amazon, so that’s about four and a half years ago.

So, from there on out, we took a lot of the skills that we learned in marketing that what we learned from that course and selling on Amazon, and we’ve grown a really successful brand. And, we’ve gotten featured on the Rachel Ray show four years ago.

Our products have been named best swim diaper in America by Parents.com this year.

Is it Beau & Belle Littles?

PB: Yep. It’s really funny because there are two sorts of worlds in the Amazon space. You kind of have private label sellers that you ask them what they sell, and they don’t want to tell you. Because they don’t want you to steal their idea, and they’re super afraid, and so they would like to buy/sell things in home décor.

Can you give us some stats about the way this swim diaper business has been going?

This year, we are on track to be about a million-plus. And it’s funny because in the Amazon space everybody’s about big numbers and all that jazz, and to me, it doesn’t matter how big your top line is if your bottom line … if you don’t have a bottom line. You could sell $10,000,000 and not be profitable.

So, a lot of the stuff that I talk about is really building a solid brand, making sure people have a reason to buy from you. And that’s why we do a lot of the PR stuff, and I’m really focused on that, but I also love bots, obviously.

How do you bring the bots into it?

PB: I started using them three years ago. Basically, when they came out. I had heard about them, just in the marketing circles that I was in, and I was like, “I got to give it a try.” Then, we were able to get massive amounts of subscribers, like 1500 subscribers in like three days, doing a give-away.

How did you run the giveaway?

PB: This is another thing that I teach, having a lot of subscribers is not necessarily a good thing. The goal is to have people that want to be on your list that love hearing from you conversationally, right? If you just have 1500 people that are on your list to win a product, that doesn’t mean they want to buy from you.

So, we experimented and that’s what kind of got me in love with bots. By the way, what we did was wrong. You’re not allowed to do that, which is why I love teaching about it. But anyway, we gave two $75 gift cards away to Amazon. So mistake one, they were just general. Anybody can use them. I thought because we were running it to a Lookalike audience that only our Lookalike audience would see it which is not true because it got shared outside that Lookalike audience.

Somehow this got shared into like micro-romance novelists. Everybody who was an aspiring romance novel author was in our bot. Not people with kids.

But I was like oh, my gosh, 1500 … supercool. So, that really got me, my wheels rolling. I did some other tests in which I build a system called Reviews on Autopilot. That’s one of the things in the Amazon world that I’m most well-known for. And I learned a lot from that give-away. I put together this system where I teach people how to get reviews, reviews from past purchasers on Amazon, which is a big deal for an Amazon seller. You want reviews,

How do you use your Messenger bot with Amazon?

Now, this is a white-label product that somebody can buy in China. There are a dozen sellers, but to sell this particular product because it’s not that saturated yet, surprisingly. So, if you wanted to rank this product, what I would do is I would either start from creating a saved audience on Facebook of people that have interests in like gaming,

You build a custom audience and make a Lookalike. I would run ads to them on Facebook through the Click-to-Message with Comments Growth Tool. Then you want to be able to have people do whatever they want. And so I ask, “What was your favorite game growing up?”

Then say, we are launching our brand new amazing 5500 game, you know whatever, Gameboy phone case, whatever, and you know, the person who wins gets a free Gameboy case. If you don’t win, this is key to make sure that you’re not attracting just people that only want the giveaway, you need to pre-frame that you’re going to give them a discount.

You don’t want to get only people that only want the freebie. Your goal with running anything is to get them to buy or get them to want to be in your bot. So whatever your call-to-action is, if you’re an info product or if you’re like a coach, you want to make sure that you are pre-framing what they’re going to get for joining.

It all comes back to getting quality over quantity.

What’s the difference between selling on Amazon vs. Website?

PB: Ranking. On Amazon, you have to own the rank to make money. On your website, you just need to make sales.

I would drive consumers to a bot, and I would basically deliver whatever it was I was selling, whether it was a coupon or something like that, I would deliver that in a bot, and then tell them how to make a purchase. Another thing, a fun thing that I do is a social share, where I incentivize in the bot, again, we’re not going to do this … you can’t do this in the post. You can’t say tag three friends, but I will say, “Hey, if you want to share this with three friends,” the bot message or whatever, “then we’ll give you an extra discount or we’ll give you a free case or screen protector or something.” Like some sort of value add.

The reason why Facebook has that rule is that they don’t like spam. I don’t like spam. So you want to make sure that you’re wording it and you’re intelligent enough in how you word it so that you say, “Hey, only share this with people who may want a Gameboy case or something.”

And you don’t even need to incentivize if you don’t want to because sometimes that forces fake growth or whatever.

Anyway, you can learn a lot more about this at Conversations 2019! Looking forward to hanging out in Austin.

Each week Molly Mahoney hosts a LIVE interview with one of our Conversations 2019 speakers to give you the opportunity to meet them and learn their secrets to successful Messenger Marketing. It’s a way to ask questions that you might not be able to ask at the conference and discover more about what will be discussed at Conversations 2019.

Here are the details.

And, if you haven’t registered for Conversations 2019, do so before prices go up! Reserve your spot.

Learn more about our other Conversations 2019 Speakers: