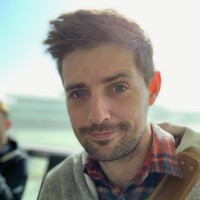 Yesterday, Facebook announced that it’s going to be sunsetting a few features in order to make Messenger the fastest messaging platform in the west. While a speedier Messenger is good for all in the long run, it’s also going to require some updates to existing flows.

Below is a quick look at each section of their update, how it may impact your bot, and what you can do about it.

During F8 2019, we announced our plans to launch a lighter, better and simpler Messenger designed to build closer connections between people and businesses. Starting August 15, 2019, updated versions of the Messenger app will reflect the following changes,

Facebook first outlines why they’re making the update – to create a speedy, simple, and clean Messenger experience. That means they need to remove any redundant, data-heavy, or rarely used features in favor of a faster system.

While this creates some inconveniences for Messenger Marketers, a healthy Messenger ecosystem is better for us in the long run. A better Messenger experience means more time spent on Messenger and more opportunities for people to connect with your business on Messenger.

We’ll go through the update section-by-section, explain each change, and how it will impact you.

What Won’t Render on the New Messenger App

These elements will no longer show up when a user is interacting with your bot.

Location quick reply which allows people to send their location in the Messenger thread will no longer be rendered. We recommend businesses ask for zip code and address information within the thread. While we are sunsetting the existing version of Share Location, in the coming months we will be introducing new ways for people to communicate their location to businesses in more valuable ways.

How you deal with this change will depend on why you’re gathering or sharing location information.

*Note* All of these solutions are temporary – Facebook mentioned it will be coming out with a better location sharing option after this update.

What Won’t Function with the New Messenger App

These elements will no longer work in the new Messenger app.

Sharing From Webpages Inside Messenger

Begin share flow Messenger extension SDK that allows developers and businesses to trigger a share experience from a webpage that loads within Messenger . As a workaround, developers can generate a link using the context in the webview and provide a way for users to copy the link and share it in the Messenger conversation.

Sharing to Messenger From Inside Other Mobile Apps

Share to Messenger SDK that allows people to share links and media from apps to Messenger will no longer be supported. Businesses and developers might need to make modifications to their app to trigger native OS sharing. People will be able to share content to Messenger using the native sharing features that is built into their devices.

Messenger Codes the Messenger camera will no longer support scanning these codes. We believe this experience will be more seamless by leveraging the phone’s native capabilities to scan QR codes with m.me links.

Many phones already recognize standard QR codes when operating their camera. That means fewer steps between a user and your bot.

By the way – we are currently building a QR code growth tool for ManyChat to make this whole process more smooth. Keep your eyes peeled for the update.

What Will Render Differently in the New Messenger App

These elements will still exist but the way they appear and function will change.

Open Graph template which allows people to play songs inline within Messenger will no longer be supported. As a fallback, we are rendering the generic template which links to the URL. When a user clicks on the song that is shared in Messenger, the user will be directed to the audio streaming platform’s website or app.

Messenger Bot Reviews will be removed on August 15, 2019. They allowed people to leave a star rating and review for a bot. Page owners will no longer be able to view these ratings for their app and Page in the Page Settings or in App Dashboard.

As you can see, Facebook is working hard to make Messenger lighter, simpler, and faster. While Facebook is sunsetting some features, all-in-all a quicker Messenger means more people using it—more often. And, that’s good for business.

8 Facebook Ad Types Every Marketer Needs to Try in 2021

How to Create Successful Facebook Video Ads (+ Tips and Examples)

2 Min Read
How to Create a Facebook Business Page: A Step-by-Step Guide

How to Create a Facebook Business Page: A Step-by-Step Guide