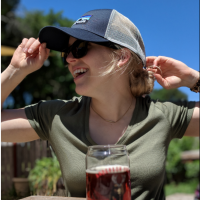 To paraphrase the Dutch philosopher Erasmus: In the land of the blind, the one-eyed man is king. Such was the case for Niel Reichl, ManyChat devotee and founder of BottBott Industries, a digital marketing agency based in Manila, Philippines.

While most people were reading the daily news or practicing their sudoku, Reichl was devouring all matter of information. From podcasts and Youtube videos to online courses, if it was knowledge that pertained to propelling his entrepreneurial endeavors then Reichl was consuming it.

After a lengthy career as a pharmaceutical rep with some of the world’s largest corporations, including GlaxoSmithKline and Johnson & Johnson, Reichl took the knowledge gleaned from his podcast, Youtube, and course binging and, in 2013, quit his sales job to start his own company. Long story short: he failed miserably.

Cutting his loses, Reichl returned to Big Pharma where he remained for a few more years. But in 2015, Reichl encountered another failure after he lost his job. And though the fear and worry of making ends meet began to set in, Reichl and his wife remained happy and optimistic. After all, they had a baby on the way, and the anticipation of meeting their little one was made all the sweeter since it was five years in the making.

Three weeks later Reichl and his wife headed to the hospital ready to meet their child when tragedy befell the happy couple. They lost the baby. In a span of three weeks, Reichl was jobless, baby-less, and close to penniless.

“What we were feeling,” Reichl says, “is something you wouldn’t wish on your worst enemy.”

For the next few years, Reichl scraped by as a freelance writer and copywriter, which was relatively steady for a period of time. But the field quickly became saturated and he was finding it more and more challenging to stand out.

“I didn’t have that special edge over anyone else,” he recalls. “I was just a regular writer trying to be the ‘clever’ copywriter, attempting to stand out.” So recalling his previously binged portfolio of knowledge, Reichl started to make another action plan, one that would propel his vision into a successful business.

The light bulb moment happened after Reichl received an email blast from professional business mentor Andrew Warner, in which Warner discussed the phenomena of chatbots and digital marketing. Intrigued, Reichl dove headfirst into the world of internet and Messenger Marketing, testing out various platforms in an attempt to better understand the concept.

“I was still writing but started learning as much I could with any and all the free tools out there about chatbots. I tried so many platforms that I was literally lost.” But then he found a piece of clarity in chatbot expert and lifestyle/business coach Mary Kathryn Johnson and ManyChat.

In 2017, Reichl emailed Johnson offering to work for her for free in the hopes he could learn more about this new world of Messenger Marketing. Certain he made Johnson an offer she couldn’t refuse, Reichl remembers thinking, It was the perfect pitch! But much to his surprise, she said, “No,” but did offer the helpful advice to put value into his work.

This struck a chord with Reichl and “with what little money I did have, I hired her as my coach.” Which was the best decision he could’ve made. After working with Johnson, Reichl says, “I started to realize, ‘This is how you sell chatbots as a service!’ I wasn’t even an expert back then. I didn’t have a pro account [with ManyChat] and I was scared,” he says. “I was concerned about what would happen if I went above 100 [subscribers], what happens if it suddenly jumps to 3,000? Where would I get the money to pay for it?”

Despite his fears and budgetary concerns, Reichl stuck with it and soon realized that ManyChat’s Messenger Marketing platform was the edge he so desperately needed. And thanks to his self-anointed info junkie tendencies, Reichl stumbled onto the ground floor of Messenger Marketing, unknowingly making him “the one-eyed king.”

Now, Reichl runs his own successful marketing agency, with anywhere from 5 to 20 employees, offering Manila-based companies the opportunity to boost their revenue by 20 percent through the power of Messenger Marketing. Business is going so well that rather than hunting for new clients, companies are flocking to be represented by Reichl and his agency—owing that, in no small part, to ManyChat.

“[ManyChat] is still the anchor to my business that holds everything together,” he says. “People know me as the ‘Messaging Marketing guy,’ and that’s how I get my foot in the door.”

Not only has he gained notoriety in Manila, but his industry knowledge and skills piqued the interest of Facebook HQ, as well as multi-billion dollar Filipino companies, who’ve asked Reichl to be their on-call digital/Messenger Marketing consultant. Plus, Reichl offers his expertise to more than 2,000 students who are ready to kickstart a career in Messenger Marketing, providing a behind-the-scenes look at his journey, his process, and how he’ll continue to adapt in the field.

When asked if his previous trials and tribulations were the impetus to launching his entrepreneurial goals, Reichl adamantly denies any real correlation.

“I used to think people had to go through an ordeal in order to become successful. It seems to be a common denominator amongst many success stories we hear. [But] it wasn’t the ordeal that got me here,” he says before explaining that while his tragedies were definitely a push, it was how he relearned to communicate with businesses that made all the difference. Instead of talking about the benefits of Messaging Marketing, email marketing, and click rates, he began asking: What’s in it for them?

“Back in 2017, I was talking about chatbots left and right, but no one was buying,” says Reichl, even after pricing his services as low as $50. “No one wanted what I had to offer until I spoke their language by saying, ‘Here’s how I can boost your revenue.’ That’s when people started listening.”

And while he admits that his backstory can certainly garner interest, Reichl insists that, “a sad story doesn’t make a profitable business. [Clients] won’t pay you for your story, but they will pay you after they learn what’s in it for them,” and to just communicate. In fact, Reichl’s number one piece of advice is to stop subscribing to the webinars, stop hunting for the cheatsheet, and go out and talk. Talk to businesses, find out where the gaps are and then tailor your questions to learn what you can offer them. At the heart of it, Messenger Marketing is all about connecting on a more human level. So talk, be interested in future clients, ask questions, and just do it.

Because, as Reichl likes to remind himself, “Every master was once a disaster. Everyone has to start somewhere.”